Next Brazilian Crop Could Be Nearly 20% Lower

The latest estimate of the size of the next coffee crop from Brazil, the world’s leading producer, confirms earlier suggestions the 2021/2022 harvest will be a small one, but not quite as low as the 31% decline recently forecast by some.

A May 17 report from the US Department of Agriculture’s Global Agricultural Information Network (GAIN) puts the size of the forthcoming crop at 56.3 million 60-kg bags (mil. bags) , a reduction of 19% compared to last year’s record output of 69.9 mil. bags.

As highlighted previously by STiR, in March and in April 2021, adverse weather conditions in the arabica coffee growing regions of Brazil and an ‘off-year’ in the biennial production cycle are behind the steep fall in production. The US Agricultural Trade Office (ATO) in São Paulo put arabica production at 35 mil bag, a 30% reduction compared to the previous crop.

“The majority of producing areas are in the off-year of the biennial production cycle,” said the authors of the GAIN report, “resulting in lower production potential for the upcoming crop. Several growers also pruned their coffee fields at above-average rates after the record crop in 2020, thus reducing the area to be harvested.” A persistent drought and high temperatures in major coffee growing regions in the second half of 2020 and in early 2021 affected blossoming and fruit setting, and then affected fruit development. ATO São Paulo said robusta/conilon production will be 21.3 mil. bags, an increase of 1.1 %. The increase is because of good rainfall in states producing robusta, in addition to improved use of crop management practices and the use of improved planting material.

Due to the Covid-19 pandemic, ATO São Paulo did not conduct the field trips to major coffee producing areas it would normally have undertaken to observe conditions, cherry set and fruit formation. Information was obtained from government sources, state secretariats of agriculture, producers associations, cooperatives, traders, consultants, and other major players in the coffee industry.

In early 2021, CONAB projected arabica production of between 29.72 and 32.99 mil. bags, and a robusta/conilon crop of between 14.13 and 16.60 mil. bags. It was due to release is second coffee survey for the 2021 crop on May 25. In early May, the Brazilian Institute for Geography and Statistics released details of an April survey forecasting Brazilian coffee production at 47.01 mil. bags, of which 31.81 were arabica and 15.20 million robusta/conilon, a 24% decrease compared to the previous crop. The government agencies use a different methodology to forecast coffee production and have both been consistently lower than ATO São Paulo’s estimates. 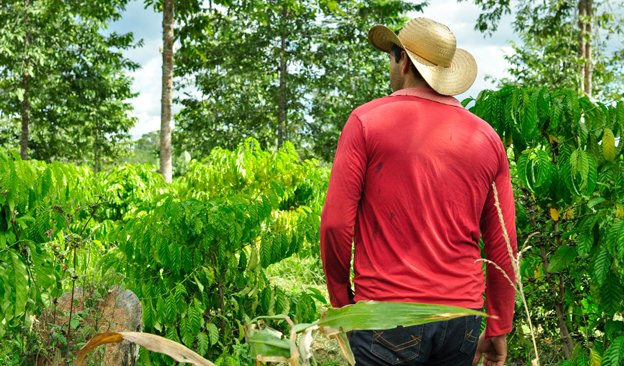