How Much Does A Latte Cost?

As the old saying goes, “one person’s luxury is another person’s super luxury.” That’s the takeaway from this new study published by Value Penguin, which takes a look at the cost of a Starbucks latte, exploring how extravagant the milky beverage is in 39 different countries. It’s the Big Mac Index for steamed milk and coffee roasted really pretty dark still, after all these years. To achieve this, the study adjusted the price of a latte in each country to match “the respective cost of a basket of goods, including food,” in order to “reflect the cost of other goods and services there compared with the U.S.”

The study found that the relative price of a tall Starbucks latte is lowest in the United States–$2.75 on average–but the comparative cost varies pretty wildly in the other countries examined. Australia and the United Kingdom, for instance, have comparative costs only slightly above the American price, $2.86 and $2.88, respectively. Indonesia, Vietnam, and Thailand, on the other hand, have prices breaking the eight-dollar mark. 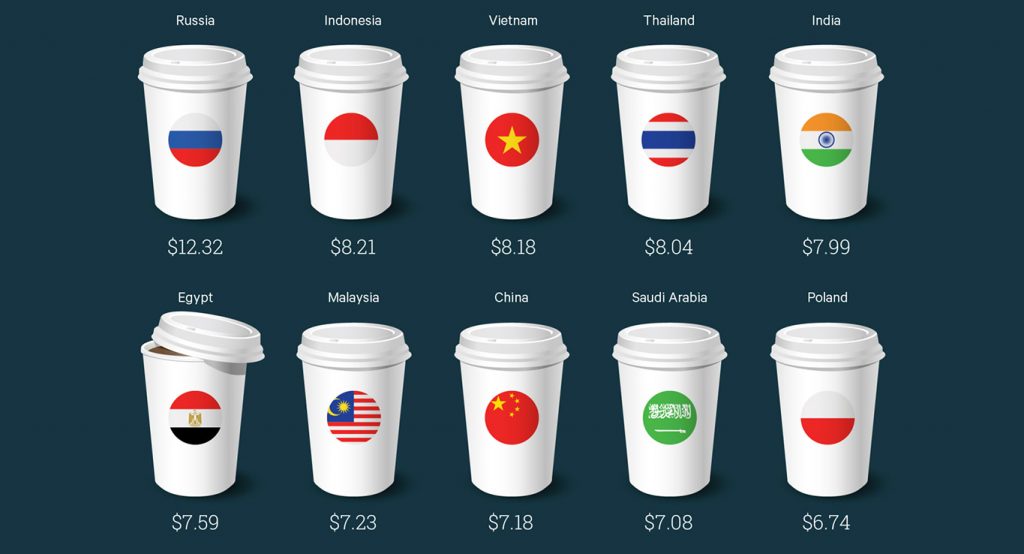